A late ripening year in general.

In the autumn, mainly during the month of October, slightly higher temperatures for the season and several rains were observed, which were beneficial for the vineyard after a summer with very high temperatures and no rain.

Winter was mild without extreme low temperatures and no snow. Towards the end of December and the beginning of January, rainfalls were observed, which made it difficult to access the vineyard, thus pruning was delayed.

In March, low temperatures delayed bud breaking by about 15 days (last week of March). During the rest of the spring months there was a lot of rain and the temperatures fluctuated at normal levels, which favoured growth of the plant. Flowering was delayed by one week (mid-May) compared to usual.

In the summer, normal temperatures for the season prevailed, without extreme weather phenomena. In June and July there were some beneficial rains for the smooth ripening of the grapes (veraison: mid-July).

The month of August started with favorable temperatures for the final stage of ripening. In the last ten days of August and the first days of September, significant rains occurred, which delayed harvest by a week, but without significant damage, since most of the white varieties had already been harvested. 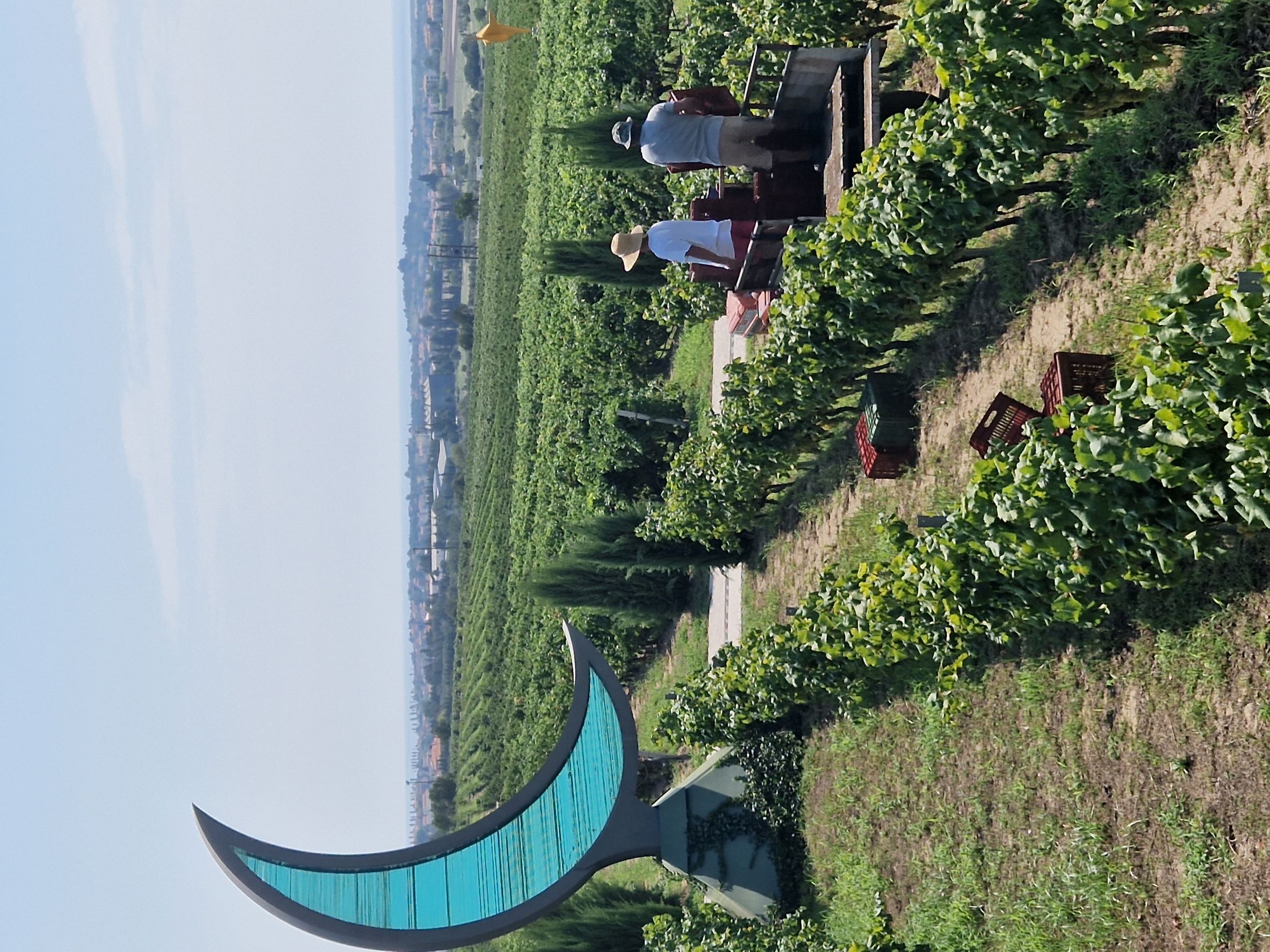 This year’s harvest was very demanding. However, proper irrigation management (while waiting for heavy rains), the sandy soil of the area, as well as its slope had a soothing effect on the vineyard. The soil and the plants were not saturated by irrigations, so that they did not absorb an excess amount of water and no problems on the soil (such as erosion), the ripening and the hygiene of the grapes were observed.

Chardonnay was picked first (August 12), and Sauvignon Blanc, Viognier and Merlot came next. Harvest carried on with Malagousia and Syrah, while the Greek grape varieties for Avaton (Limnio, Mavroudi, Mavrotragano) were picked mid-September. Finally, the harvest ended with Xinomavro, that was picked the last ten days of September.

The quantities of whites showed a small increase of around 10%, due to the new plantings, while the reds remained the same as last year.

The white wines are full-bodied and rich in primary aromas, while the reds have good phenolic ripeness, good structure, and concentrated varietal aromas.